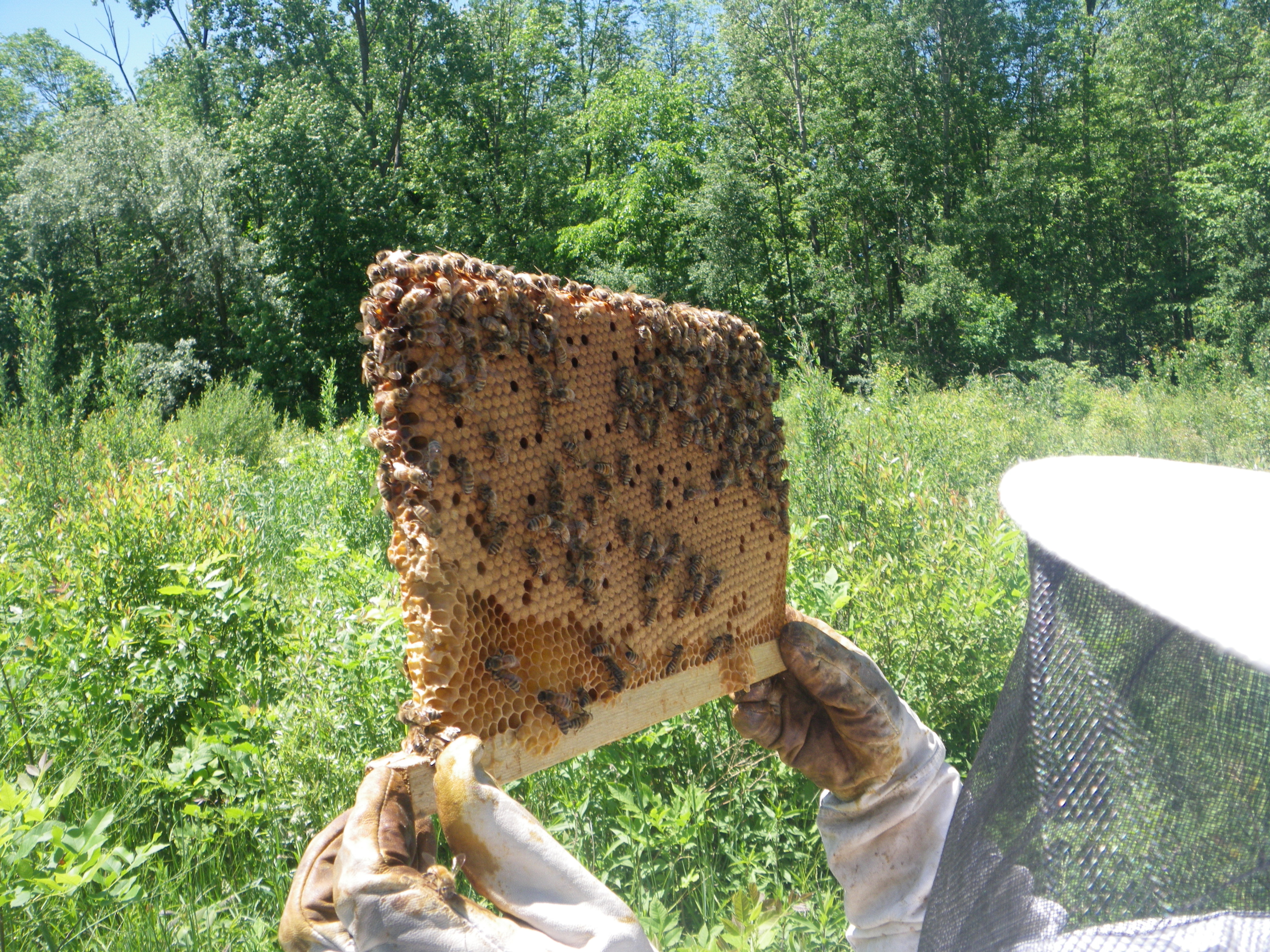 INTRODUCTION
February is often considered to be the dullest, of the year – tough to get through for bees and humans! However the days are getting longer and when the sun shines there is a feeling of spring in the air. There was one such day last week when the sun shone and the bees came out in force collecting nectar and pollen from snowdrops and crocus. There is gorse flowering, as it seems to all year round, and that too yields pollen. The gathering of pollen is a good sign; it means that there is brood and also a queen present.
I am busy assessing my equipment and my needs for the coming year. I ordered wax and frames this week and a friend of mine ordered two nucs to be delivered in May.
February is the time when we could lose colonies from starvation. It is important to heft the hives from behind and also from the sides to check for stores – if a colony feels light, give them some fondant. We might remind ourselves that, for the most part bees are pretty self sufficient. The four things they need are water, propolis, nectar and pollen. Water they use during the summer to cool the hive and during the spring to dissolve old granulated honey, to clean and free up comb so the queen can lay in it. Propolis is used to fill in cracks and crevices, and to line the inside of the cells prior to the Queen laying eggs. Propolis has antibiotic and anti-microbial properties and is used to clean and protect the nest.
FAKE HONEY!
I read recently that Ireland is on the list of European countries which ‘trans-ship foreign honey’ and re-lable it as Irish honey.  We all know about the bizarre fact that sales of Manuka honey way exceed the volume of Manuka honey produced each year! This practice is often described as ‘stretching’ honey with sugar syrup and has been going on for a long time.   Professor Garcia notes; ‘Honey is amongst the sadly select group of foods with most reported cases of economically motivated adulteration” Honey is third in the world for adulteration after milk and olive oil.

Apparently bees also have sweaty feet.  They have glands on their feet which leave chemical footprints on the flowers they visit. These footprints tell other bees that these flowers have been visited and it is not worth visiting again. The chemical footprint wears off so that the indicator “there is no nectar available here” only remains for a short time. By the time the supply of nectar has been replenished the footprints indicating the flower has been visited have gone.

THE IMPORTANCE OF POLLEN ONCE AGAIN

An interesting report by Heather Mattila (Wellesley College, Mass. USA) is suggesting the far reaching consequences of poor nutrition in the life of the colony. The study showed that when larva were raised  with a limited pollen supply as could happen during periods of bad weather or following habitat loss, there were multiple negative consequences. The pollen stressed bees were lighter and died younger then well fed bees, fewer of them learned to forage and those which did forage began earlier and were likely to die after just one day foraging. Pollen stressed workers were less likely to perform waggle dances than well fed larvae and when they danced they gave less accurate info about the location of food sources but their dances were often visibly inconsistent and almost disorientated in the worst cases compared with those of better nourished bees.
BEE KEEPING IN ETHIOPIA
In Ethiopia honey is regarded as having healing, even spiritual qualities. Folklore says that bees constructed hives – chewing wax until soft, then bonding it to create honeycomb cells – in the windows of Ethiopia’s earliest churches before the first congregation in 488AD. They still produce ‘holy honey’ or mar, reserved only for healing.
In the Bale Mountains of Ethiopia, honey is part of daily life and a symbol of social status. Families with larger numbers of hives and a higher yield of honey are held in high regard. Ownership is sacred, and theft of other beekeepers’ honey or hives is rare: if caught, the culprit is shunned by his neighbours.
Spoonfuls are taken in the morning, the antibiotic properties believed to ward off illness and soothe the soul. Bees pollinate up to 20 different plants, resulting in a complex, perfumed honey.
SPRING BEEKEEPING INSPECTION
Spring is a busy time for bees and beekeepers. The Spring build up requires us to pay close attention to our colonies and to check the following. In March after Saint Patrick’s day I will pick the first mild sunny day with little or no wind to inspect the bees (50 degrees Fahrenheit [10 degrees Celsius] or warmer)
First: Observe the hive entrance. You can always tell a lot by watching the entrance. Are there many dead bees around the entrance? A few dead bees are normal, but finding more casualties than that may indicate a problem.
Second: Lightly smoke and open the hive. Do you see the cluster of bees? Can you hear the cluster?
Third: Look through a few combs – check for brood. If you see no eggs or brood, consider ordering a new queen from your supplier.
Fourth: Does the colony have honey? If not, or if it’s getting low, immediately begin feeding fondant to the bees.  Maybe give the colony a pollen substitute to boost brood production.
Fifth: Use a screened bottom board or the powdered-sugar-shake method to determine Varroa mite population. Take corrective action if the population of mites is heavy.
Happy Beekeeping – be ready and let’s be ready for that first inspection!
Murroe Website EditorBEE BLOGS – January 201802.05.2018