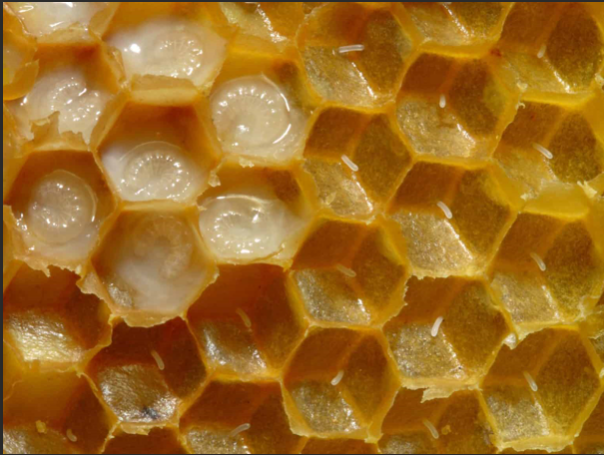 Bee Notes January 2019
What a warm spell we are having and so little wind. It is very strange. The heather is flowering in the courtyard  and the bees are working on it with the enthusiasm of mid-summer.  I also see the hazel catkins have dropped down and are giving off pollen. This flowering should be happening in late January or early February. The bees will be  using up their precious honey supplies with all this activity. It will be important in the weeks ahead to keep an eye on the weight of hives to see that they are not running low on stores.
I was reading about the Honey Bee Genome Project over Christmas. Over 180 genomes of distinct species have been sequenced. The honey bee genome was the third insect genome to be mapped after the mosquito and the fruit fly. It began in 2003 and took three years to complete at a cost of $7.5 million dollars. The bees genome contains 236 million base pairs and has ten thousand genes organised in sixteen chromosomes. If it was a book the honey bee story would need 236 million characters, arranged in ten thousand sentences divided into sixteen chapters. This knowledge is useful in that it helps us to understand the evolution of the honey bees and how it is similar and different form other bees. Honey bees seem to have begun in Africa and spread from there giving rise to northern and Western European honey bees and the southern and central European and western Asian bees.
Bees evolved slowly and are so well adapted to their environment that they have changed very little over time. We also learnt that they have few genes for immunity and detoxification. This suggests that bees don’t rely on their individual immune system and most of their resistance comes through behaviour – cleaning, grooming.
Bees and Land Mines
Research has shown that bees can be trained to detect explosives using their sense of smell. By providing them with a mixture of sugar, water and the smell of an explosive honey bees can be trained to associate the scent of explosive with food. In response to smelling the explosive a bee will stick out its proboscis signalling the recognition of food source. Honey bees have the potential to detect explosives in parts-per-trillion concentration and are being trained to be land mine detectors.
How can we help bees?
The first thing is that one does not have to be a bee- keeper. As their natural habitats decrease we can all help them. Mind the hedgerows and  plant bee friendly plants – even a window box can make up for the loss of habitats. Remember that generally it is the small, insignificant flowers that often produce the most nectar. It is good to choose a wide variety of flowers and if you can get them flowering in succession this is ideal as it provides s a continuity of nectar and pollen.  Lists of plants beneficial to bees are widely available. If you check the national biodiversity plan on-line it has a pollinator plan for Ireland.
We can also lobby politicians – remind national, and local government officials that bees are important and need better funding for conservation and research projects.
We also need to pay attention to the plight of  bumble bees- the population of many species of bumble bee, once widespread, in Ireland have shrunk.  They can only survive where our land is managed less intensively – we need to develop more nature reserves where wild flora can flourish. Maybe every farmer should be required to set aside some piece of land for other species and also stop removing or cutting hedges to bits.  Hedgerow bushes such as blackthorn, hawthorn and ivy all produce berries and these will be greatly reduced if insect pollinators are not around – these fruits are vital winter and spring feeding for birds. If these fruits disappear or are cut down then the wild birds that feed on them will also decline. Moreover these bushes and hedges supply shelter and nesting sites.
Pollen Substitute
It is often difficult to tell if a colony has enough protein in the form of  pollen. In early spring you can get a ‘pollen drought’ and this can limit brood development. I read recently a way of assessing the need to give a pollen patty –   take some frames from the broodnest and ask yourself the following questions:
1. Are the colonies rearing plenty open brood (larvae) If there is a protein shortage the nurse bees will cannibalise eggs and young larvae.
2. Do the larvae have a high rate of survival to pupation as indicated by solid patterns of even aged larvae . Incomplete nutrition results in poor larval survival or disease.
3. The most reliable indicator is to look at young larvae and check the amount of jelly that the nurse bees are placing round larvae. The larvae should be flooded with jelly – when a colony is under nutritional stress the nurse bees cut back on the amount of jelly that they pace around the young larvae – dry brood.
Ten things you may not know about the honey bee…
1. Bees pollinate over 130 fruits and veritable crops.
2. We now know the honey bee genome.
3. A queen bee has exactly the same genes as a worker – royal jelly is what changes her into a queen.
4. Honey bees are not native to Americas and bumble bees are not native to Australia.
5. Bees are herbivores.
6. Drones do have a grand father but no father.
7. Bees see ultra violet light but can’t see the red end of the spectrum – they see the world as more blue than us.
8. Bees have five eyes – two are complex eyes that detect  movement – the other detect light intensity.
9. The sting is a modification of an egg- laying organ.
10. Only female bees sting and many solitary bees can’t sting.
Murroe Website EditorBee Blogs January 201901.05.2019