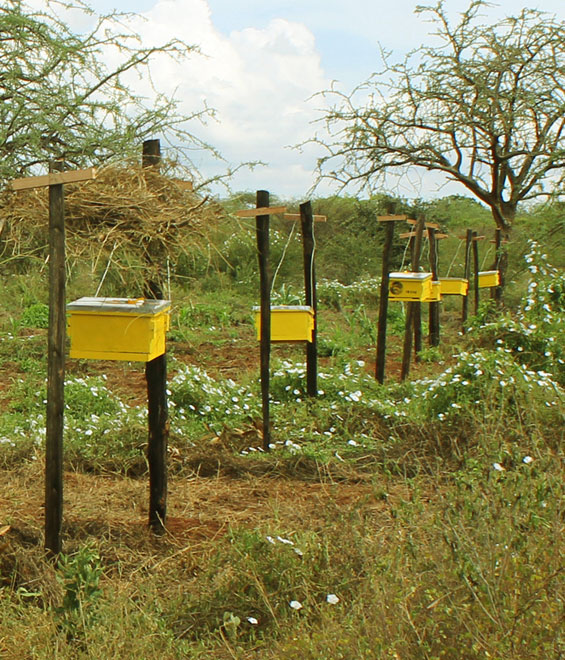 I am just back from a three week school camping trip in Kenya. We were there helping in local schools deep in the bush. It is easy to be absorbed by the landscape in a place like Kenya.  Images grab our attention and you neglect the information streaming from your other senses. This bias towards the visual is not surprising given that sight uses one third of our brain and about two thirds of its processing capacity – but it does mean we miss out on other aspects of our surroundings especially the soundscape.  And the soundscape changes far more then landscape which tends to remain constant, at least in the short term.
On this trip I made every effort to attend to the soundscape – especially around the campsite. We were living in the midst of a beautiful, if stark landscape where there was a fast changing and varied soundscape. The soundscape of early morning was quite different from the daytime soundscape which differed in turn from the soundscape at dusk and the night soundscape. Early in the morning, the first sounds, to greet me, while it was still dark was the sound of bees, hard at work at 6 am on Caduca flowers – many trees, particularly the acacia, burst into flower during our visit – and baboons high in the acacia trees could be seen feasting on the flowers.
Bees play an unusual role for farmers living next to Tsavo East National Park in Kenya. They are the last line of defence against elephants coming to devour their crops. Elephants hate bees and run away at just the sound of the angry, buzzing noise coming from a disturbed hive. They want  to avoid being stung around their sensitive eyes, mouth and trunk.
Over a three and a half year period, 253 elephants entered the farming area of Mwakoma village, just when crops were ripening. The elephants were turned away eighty percent of the time by bees and the success has resulted in an increased uptake of so called ‘beehive fences’ by other farmers in the community. I wonder could we come up with some uses for a ‘beehive fence’ in this part of the world?
Lime trees are tall and gracious and found in parks and large estates, often lining long avenues. They are not native to Ireland. I was sorry to miss them flowering – the bees love them and they have such a powerful scent.  They can produce lots of nectar if conditions are right – enough moisture in the ground and warm, sunny weather.  There are two species – the large leaved lime and the small leaved version and there is a cross between these  called the Common Lime.
On my brief visit to the apiary I did notice some wasps poking around the weaker colonies. Beware of them starting to rob and help the bees by narrowing the entrances to hives. Wasps are not all bad! They are useful as pest controllers. They prey on flies, moths and butterfly larvae and spiders.  It is at the end of the life cycle of the colony, when the number of wasp larva and the sweet exudate they produce, declines, that they become a pest to us and bees.
A simple wasp trap is made by cutting the top quarter of a plastic drink bottle and inserting it back into the body of the bottle upside down to form a funnel into the lower section and supplying the trap with water and jam to lure the wasps in.
The trip to Kenya was a wonderful but I didn’t manage to meet any Kenyan beekeepers. I have not had a chance to check my bees since my return but did heft one from behind. There wasn’t that dead weight that I was hoping for which would indicate a good honey harvest!
Murroe Website EditorBee Blogs – July 201708.04.2017