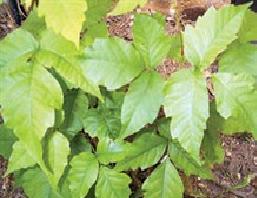 Ivy has given us a bumper crop this autumn. And wonderful autumnal colours have surrounded us. I love the strong, distinctive scent of ivy in flower. It surprises you as you round many a corner. Out on my bike I suddenly come upon a corridor of scent laden air. We have a garden and the walls are covered in ivy which is not good for the walls but great for the bees.
The flow was so strong at the beginning of October that some of my coloniees were running out of storage space. I gave the three strongest hives a super. This is something I have never done before at this time of year. Most hives are now very heavy when I heft them from behind and from the sides. What to do next? The issue with ivy honey is that it sets hard very quickly. It is difficult for the bees to use it in a cold winter as they need water to dilute it – if it is too cold they may not be able to get the water and could die in the mids of plenty.
I have removed two supers of ivy honey. It is absolutely white and rock hard as it has crystallised.  I have warmed  it to soften it a little and eating it in the comb. It has a unique flavour which is not to everyone’s liking. I may try to heat some of it and press the honey out.
As I write at the beginning of November, there is still some ivy nectar and pollen coming in.
Bees and caterpillars
An interesting story appeared in An Beachaire reminding us of the complex relations that exist in nature. There are indirect interactions between species of a food web. One such is the connection between bees and caterpillars – we now know that bees or wasps flying around vegetation significantly reduces plants being eaten by caterpillars.
Wasps often eat caterpillars and create air vibrations with their wings that stimulate the sensory hairs on caterpillars.  To avoid wasps the caterpillars stop moving and often drop off the plant. Flying bees produce similar air disturbance that also stimulates the sensory hairs found on caterpillar causing them to drop off the plant. This defensive behaviours triggered by airborne vibration reduces  caterpillar activity.Bees not only transport pollen from flower to flower but in addition reduce plant destruction by hungty caterpillars!
Urban bees v Country Bees
The interest in urban beekeeping continues to grow. Many cities now have substantial hive populations including Paris  in the Luxemburg Gardens.  Bee keeping has been taught here since 1856! Jean Pucon who has looked after these bees for the last 25 years maintains that these bees in the  centre of Paris are healthier than the ones he keeps in the country…
Rural pollution by agricultural chemicals can make many rural areas toxic to bees. Recent studies show that even ‘wild’ areas close to agricultural lands may be heavily contaminated by chemicals that are applied to crops. These may have been transmitted through air or water or carried by pollinators.
In the future it may well be that urban sites will provide healthier apiary sites than the country.  The Ginza project in Tokyo Japan, claims that the bees are much less affected by the diesel and petrol fumes then they are by agricultural chemicals. Begun in 2006 by Seita Fujiwara, who was looking for a safe place to keep bees and 2009 he was producing 750Kg of honey in the highly polluted urban space of Tokyo according to the Japan Times. Fujiwara claims that roof top beekeeping in Tokyo is safer for his bees than farm land in his area.
Air pollution can be a problem for bees as high levels seem to interrupt scent trails which are vital for foraging pollinators. Researchers have found that the distances which pollinators detect flora scents may have diminished from several kilometres in pre-industiral times to less then 200m today in polluted conditions. This effects both plants and pollinators. Pollinators have to spend more time searching for plants and this decreases their efficiency.
Venom
Once again bee venom is being proposed as a treatment for arthritis sufferers. It is reported that scientists have developed tiny nanoparticles that can be injected straight into painful knees, using a peptide found in the insects’ poison.The peptide, called melittin, has a powerful anti-inflammatory effect that halts the destruction of cartilage, the body’s built-in ‘shock absorber’. Experts tested the jab on mice and now think that the sooner it is given after a sporting injury or accident, the less likely it is the joint will later develop osteoarthritis.
But they are also hopeful the bee venom particles will help those who have suffered the painful condition for years.
Murroe Website EditorBee Blogs – November 201611.07.2016