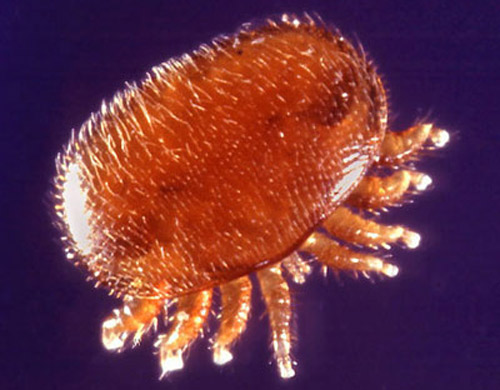 October was known as the ‘Yellow month’ by Roman slaves, from the fading of the leaf; to the Anglo- Saxons, it was known as Winter fylleth because of this moon (fylleth) winter was supposed to begin.
October is the time when work winds down in the apiary. That said, I still keep a close eye on the hives.  If I have to open a colony I am far less invasive then earlier in the year. There is little reason to do an internal inspection other then to check for stores or that brood is present and the queen laying. There is always the alternatively of checking stores by hefting hives from the back and from the side.  One can always learn so much watching the front door of a hive – pollen coming indicates that the queen is present and laying.
Drones have should all been expelled by now. If you see drones at the front door especially during the second half of the month this needs to be investigated, as there could be something wrong with the queen. It could be that the colony is queen-less, in which case you will need to unite it with another queen right colony.
October is a good time to cut back hedges or trees which maybe shading the apiary. Fences and gates enclosing the apiary need to be made stock-proof. Hives should be checked to see that they are watertight and roofs are secure – I place a concrete block on most of mine.
The ivy seemed to  start flowering early this year. I noticed the bees working on it in while I was out walking as my attention was drawn to the distinctive scent of ivy in flower. Like all smells it is almost impossible to describe.  The small green flowers of ivy will go on flowering often till the first hard frost. The flowers produce an abundance of nectar and pollen.  Having access to this high-quality supply of nectar and pollen late on in the season improves the chances of successful over-wintering for colonies. PhD student Mihail Garbuzov, says: “In September and October ivy is the main game in town if you want nectar or pollen. Have a look for flowering ivy from mid-September to mid-October, when it is at its peak. On a sunny day you will be amazed at how many insects there are on it.”
Ivy honey sets very quickly and can be difficult for bees to use during the winter. I met someone recently who harvests ivy honey and that removes the problem. Ivy honey is said to have medicinal qualities and a very distinctive flavour.  Irish ivy honey has recently been shown to contain the compound ‘Hederacoside C’ which may explain its unique benefits.
I sorted my supers three weeks ago – into frames ready for cut comb and those only partially filled. My plan was to give these latter frames back to the bees and winter some of my colonies on a brood chamber and a half. I began the process but then made a serious mistake. I opened a small window to let some stray bees escape and forgot to shut it – the wasps and bees found their way in. I returned three days later by which time the room was a mass of bees and wasps – it was like a swarm had arrived and there was a large number of dead bees on the floor (ones that could not find the open window) but strangely very few dead wasps – wasps seem better at finding their way back out of such situations. The result is that I have lost a lot of bees don’t have any half filled supers to put on and will need to do some additional feeding.
I have removed the empty Apiguard trays and I hope the varroa numbers are down. Varroa can do huge damage to a colony in autumn as this is the time when winter bees are being produced. Winter bees are  physiologically distinct and hope they go into the winter unscathed by the blood sucking mites.  These reddish-brown parasites, just a dot to the naked eye, drain the life out of bees and worse, delivers a deadly cargo of viruses.
To get a sense of the size of a varroa mite in relation to a bee – make a fist and place it on your body. Proportionally, this is how large a varroa mite is compared to a honeybee’s body. It would be similar to having a parasitic rat on your body sucking your blood. If you have access to a microscope it is worth looking at a varroa mite: it is armoured and hairy, with eight legs and a piercing, sucking mouthpart. Since the parasite arrived in Ireland it has made beekeeping much harder.
I don’t know if you read the sad tale about the beekeepers in the  US losing millions of bees as  officials sprayed neurotoxins to kill mosquitos that carry the Zika virus.
A last word: A new study from the University of Cardiff School of Engineering  shows that the cells formed in wax don’t start out as hexagons but as circles. (Darwin suggested that but had no evidence) The cells gradually form into hexagons by the flow of the wax  which is rendered malleable by the heat from specialist heater bees. When it is warm enough the wax starts to flow as an elastic liquid and then it is pulled into  hexagonal cells by surface tension at the junctions where three walls join.
Murroe Website EditorBee Blogs – October 201610.03.2016