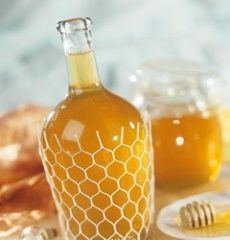 September has been a mixed bag weather wise – but we are lucky to escape the ravages of earthquakes and hurricanes. The activity has increased in my hives as the ivy starts to flower. Last year we had a bumper crop of ivy honey and it filled every available piece of honey comb – I get the feeling that this year we wont have the same heavy yield.

Ivy flowers form in clusters between September and November giving off a sweet nectar. Ivy is to autumn what pussy willow is to spring – the pussy willow hums with insects in March and April,  and ivy provides the same abundance of nectar and pollen for insects in autumn.  Pussy willow provides almost the first food supply in the spring and ivy provides the last food for insects in the autumn. It is unusual among native plants flowering as it does in the autumn and producing its blue black berries in spring.  It has many other insects besides bees feasting on its riches among them the stingless hover flies who mimic bees and so are less attractive to predators – they spend the winter as adult flies and a feast of nectar ivy will help them through. Some last remaining wasps can also be found feeding on the abundant ivy flowers. The bees will be active on warm days through the winter but for the wasps this is the endgame – all die but the queen. All these insects provide food for birds which can be seen round ivy clumps. Since we introduced a policy of not cutting ivy here our small bird population has increased.

I thought I had left plenty of  honey on my hives even if there was no late ivy flow. I am ashamed to say, that having been away for two weeks in early September, I found one of my hives dying of starvation. I could not believe my eyes – there was no activity at the entrance of this once very strong colony and then I hefted it – it was as light as a feather. Then the awful scene of bees dead and dying many with their heads stuck in honey cells trying to eke out the last bit of honey. Not a happy sight. The lesson is that we should only rely on ivy to top up their reserves of nectar and pollen.

Recovering from that shock I checked all my other colonies and found one other in need of a feed. The rest are fine and flying hard when the weather allows them to get out and about which seems to be about every second or third day. I need to check the entrances and ventilation and then I can leave them alone until the spring.

We beekeepers tend to regard October to March as the off season. But it is the time to start tidying up and preparing for the next beekeeping year! I always say that to myself but rarely do anything about it. October means we are heading into darker days and we say goodbye to the abundance of summer – though there are  still lots of seeds and berries, products of successful pollination, to be harvested in our hedgerows. The biggest change is in the  colours – there are some beautiful reds, yellows and browns around at the moment.

Here is a thought – if you have some surplus honey why not try making some mead. Mead is simply fermented honey and water with some fruit acid. You need very little new equipment – the main item is a glass demijohn for the fermentation process. The type of yeast and the amount of honey determine the level of alcohol in your mead. Yeasts have different tolerances for alcohol – when this is reached they stop fermenting – the left over sugar will give mead its sweet taste. The more honey the sweeter the mead will be

Ingredients: for one gallon of a medium sweet mead …if you want sweeter or dryer then adjust the amount of honey by about half a pound either way.

Three and a half pounds honey.

Juice of  a lemon -fruit acid.

Half  to one cup of strong black tea.

Yeast and water. There are natural yeasts in honey – it is best not to rely enthuse and use a general purpose wine yeast. Best to use a freshly bought yeast.

METHOD: Make a starter by half filling a honey jar with water and add a couple of teaspoons of dried yeast yeast. Stir and leave covered fro a few hours in a warm place. Put the jar on a saucer in case it overflows.

Place honey in a pan with 2 to 3 pints of water  and bring to the boil and simmer gently for a few minutes to kill the wild yeasts. Once cool pour it into the fermenting jar, add nutrient, tea and yeast starter.

Fill with cold water to 3 to 4 inches below the neck of the jar and put a pice of tough plastic sheet over the neck and secure with a plastic band to act as an air lock. Place in warm place – airing cupboard? When fermentation reduces in a week of so top up with water. Ferment until it clears and sediment builds up in the bottom of the jar. Then siphon off the clear mead and you can repeat each time sediment forms. Mead matures better in bulk so leave in the jar until ready to drink and then decant into bottles.

I was given the following section from a homily by Gregory of Nyssa – it is Homily 9 on the Song of Songs and I include it for your edification!

The Book of Proverbs, desires the disciple of Wisdom to resort for instruction to the bee – and you are perfectly well aware, of the identity of this teacher. It says to the lovers of Wisdom (Prov 6:8): “Make your way to the bee and  learn that she is a worker and makes a serious business of her labours; and both kings and simple folk consume what she produces for their health’s sake. It also says that she is “sought after” and “of high repute,” weak in body to be sure but one who honours Wisdom and is therefore brought forward as an example to the virtuous, for it says, “having honoured wisdom she has been brought to honour “ (Prov 6:8)

In these words Proverbs counsels that one should not depart from any of the good teachings but, flying to the grassy meadow of the inspired words, should suck from each of them something that assists the acquisition of Wisdom and make oneself into a honeycomb storing the fruit of this labour in one’s heart as in some beehive, fashioning for the manifold teachings separate storage places in the memory, like the hollow cells in a honeycomb. In this way one will make business of this noble work of the virtues, in imitation of the wise bee, whose honeycomb is sweet and whose sting does not wound. For the person who exchanges hard work here for eternal goods and who dispenses the fruit of his own labours to kings and to common folk alike for the sake of their souls’, truly obtains a reward, so that a soul of this sort becomes an object of the Bridegroom’s desire and glorious in the sight of the angels, because she has made “strength perfect in weakness” (2 Cor 12:9) by giving honour to wisdom.