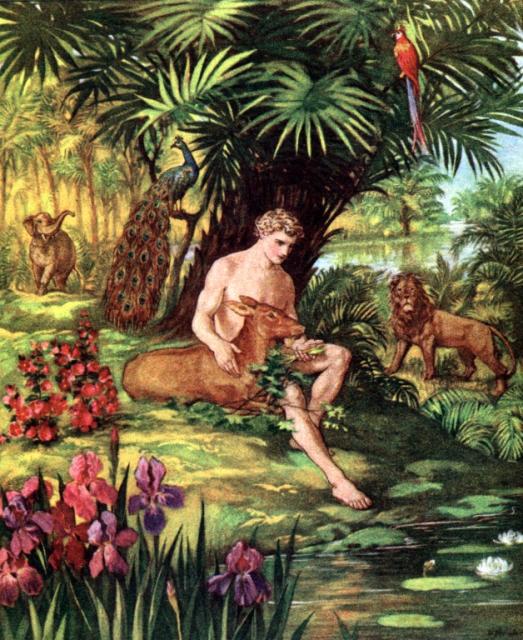 In 1965 Rabbi Joseph B Soltoveitchik wrote an essay called, ‘The Lonely Man of Faith’. In it he examines two images of Adam based on the first two chapters of Genesis – he suggests that these reflect two sides of our nature.
Adam One is found in chapter one of Genesis-  he is the,  “majestic man” commissioned by God to master the world. He is the pragmatic one ambitious with his motto of success.
Adam Two emerges in chapter two of Genesis. He is a different, ‘the keeper of the garden who tills and preserves it’ , the ‘contractual or religious man’ who surrenders himself to the will of God.  He is the humble side of our nature and his motto is love.
These two sides of our nature operate different logics.  Adam1 has an external logic – an economic logic – input leads to output, risk leads to reward. Adam 2 has an internal logic – a moral logic and often an inverse logic – ‘you have to give to receive’, ‘to find yourself you have to lose yourself’.
Soloveitchik is not suggesting that either Adam is better than the other, but that they represent the struggle we undergo between these sides – the  spiritual and material, the mystical and scientific. We have to integrate both sides.
In Western culture we tend to adopt Adam 1 – we spend a lot of our time and energy focussing on values such as ambition and success – mastering or trying to master our universe.
We need Adam 2 for balance – to listen to him, integrate his compassion, kindness and honesty – befriend this inner reality. Our sense of alienation is due to our over emphasizing one side of our nature to the detriment of the other – we need to integrate both.
Murroe Website EditorThought for the Week – The Lonely Man of Faith09.04.2017